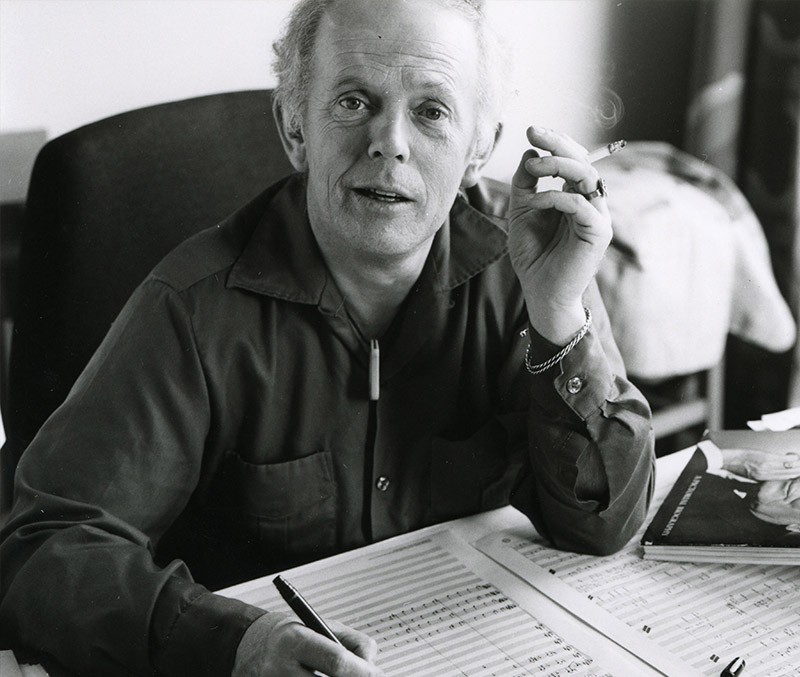 Malcolm Williamson was born in Sydney in 1931. He began piano studies with Alexander Sverjensky at the Sydney Conservatorium in 1943 while he was a boarder at Barker College, and after leaving school in 1947 studied composition at the Conservatorium with Alex Burnard and, later, Eugene Goossens.

He left the Conservatorium in late 1949 without graduating. Upon moving to London in 1950 he discovered the serial music of the second Viennese school and that of composers such as Messiaen and Boulez. He continued his compositional training in 1953, studying under Elisabeth Lutyens and, later, Erwin Stein.

Williamson was fortunate enough to have been able to devote himself entirely to composition since the early 1960s – in the catalogue to celebrate his 50th birthday, produced by his publishers, he was described as “the most commissioned composer of his generation” – and in 1975 became the Nineteenth Master of the Queen’s Music, the first non-Briton ever to have held that position. His compositional output included symphonies, stage works, chamber, choral and religious music, and film scores. He also had a keen interest in composing music for children.

Despite residing in the UK from the 1950s onwards (his appointment to the Queen required that he live in Britain) Williamson still considered his music as being fundamentally Australian. Williamson received the CBE in 1976, a year after his appointment as Master of the Queen’s Music. The University of Melbourne conferred an Honorary Doctorate of Music upon him in 1982.

‘The Lion of Suffolk’

‘Francis of Assisi’ (from Little Carols of Saints)

‘Toccata’ (from Symphony for Organ)