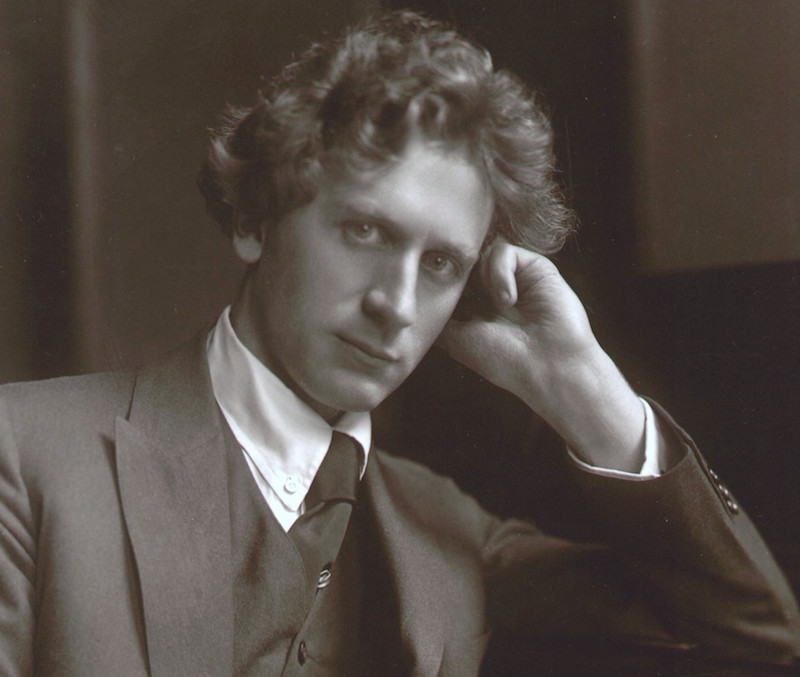 Percy Aldridge Grainger was born at Brighton, near Melbourne, in 1882 and from an early age showed a precocious musical talent, making his first public appearance at the age of ten.

Following studies in Germany, he began a concert career in England and toured South Africa and Australia. In 1906 he met Grieg, who became enthusiastic about Grainger’s talent. He settled in the USA, giving a sensational debut in New York in 1915 and gave summer sessions in Chicago from 1919 to 1931.

At his marriage to Ella Viola Strom in 1928, a spectacular affair staged at the Hollywood Bowl, he conducted his work To a Nordic Princess. His wide-ranging musical output was influenced by his studies of folk music, and featured experimental combinations of traditional tonality with “gliding” intervals, the use of polyrhythm and unusual, even electronic, instruments.

As early as 1937, he wrote a quartet for electronic instruments, notating the pitch by zigzags and curves. and rejected common Italian designations of tempi and dynamics.

He founded a Museum in Melbourne to house his manuscripts, and instructed that his bones be preserved, and possibly displayed, within it (his request was declined and upon his death in 1961, he was buried in an ordinary manner). An energetic eccentric, Percy Grainger has gained a certain measure of affection and stature in the public mind as an Australian musical pioneer.