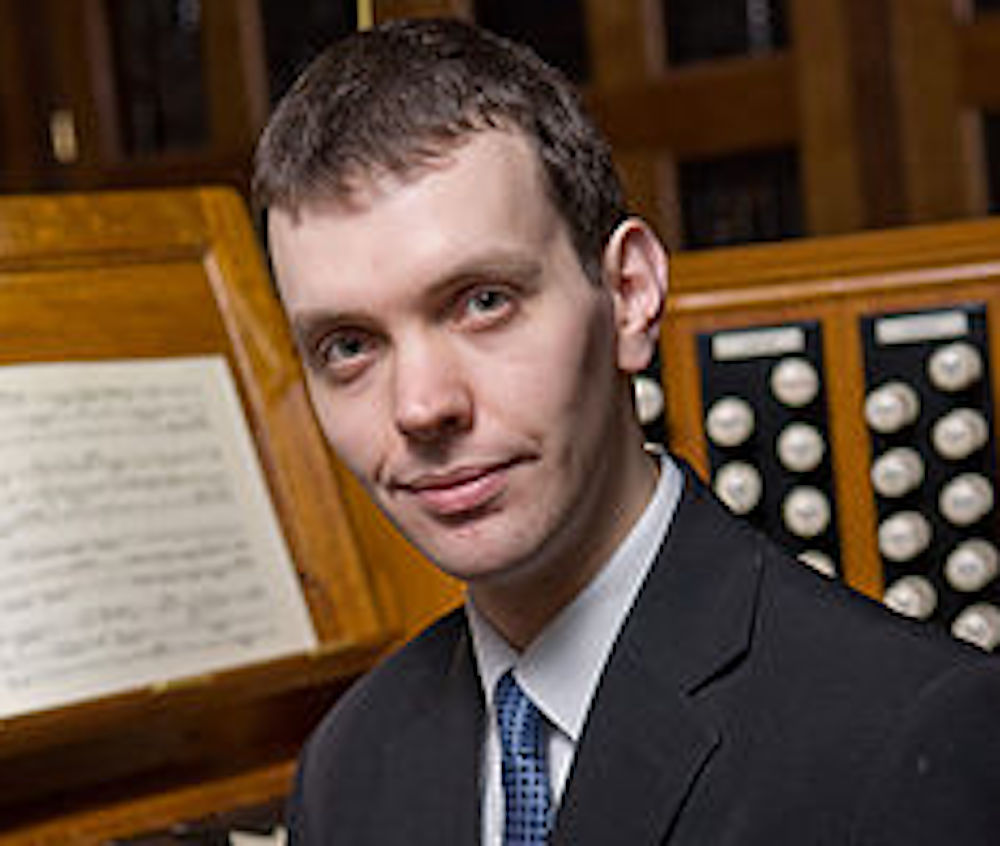 This month we meet Tom Winpenny, currently Assistant Master of Music at St. Albans Cathedral and has recently released a second disc on Naxos of Malcolm Williamson’s organ music with the support of the British Music Society.

Tom began his organ lessons under John Scott Whiteley while a chorister at York Minster, and continued as a Music Scholar at Eton College under Alastair Sampson. After holding the post of Organ Scholar at Worcester Cathedral and then St George’s Chapel, Windsor Castle, he was for three years Organ Scholar at King’s College, Cambridge, where he worked with Stephen Cleobury. With the Choir of King’s College, he gave concerts in the USA, Hong Kong and throughout Europe, in addition to appearing as their accompanist on CD releases on EMI Classics. After graduating from King’s in 2006 Tom took up an assistant post at St Paul’s Cathedral, London, where he played for many high profile services, including several royal occasions. 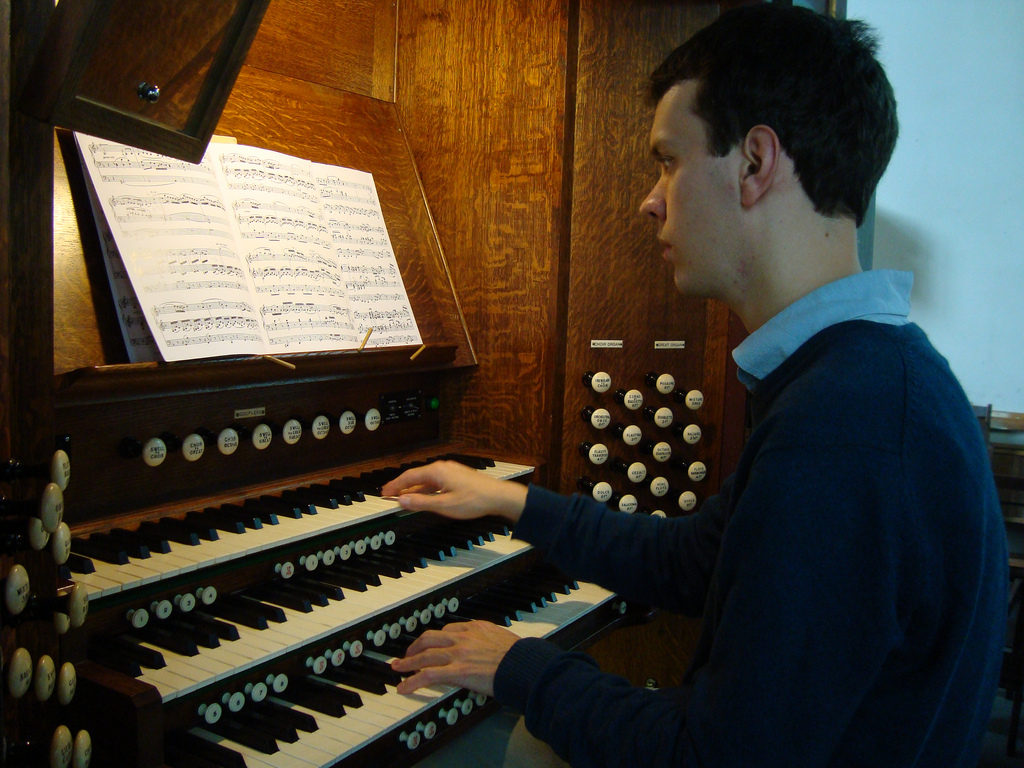 Tom Winpenny at the organ of Queens’ College, Cambridge

His discography is extensive and includes music by Mozart, Liszt, John McCabe and John Joubert. For Naxos, his solo recordings include music for organ by Judith Bingham and Messiaen’s La Nativité and L’Ascension and several discs of music by Malcolm Williamson revealing his deep immersion in religious music, initially inspired by Messiaen.

“Tom Winpenny gives us some terrific performances”
The Classical Reviewer

FIND OUT MORE ABOUT THE CONCERT